The only apparently sane way I could get bit perfect audio into my DirectStream from both my server and from Qobuz was to use Roon.  I waited until my schedule was somewhat clear, bit the bullet and installed it. 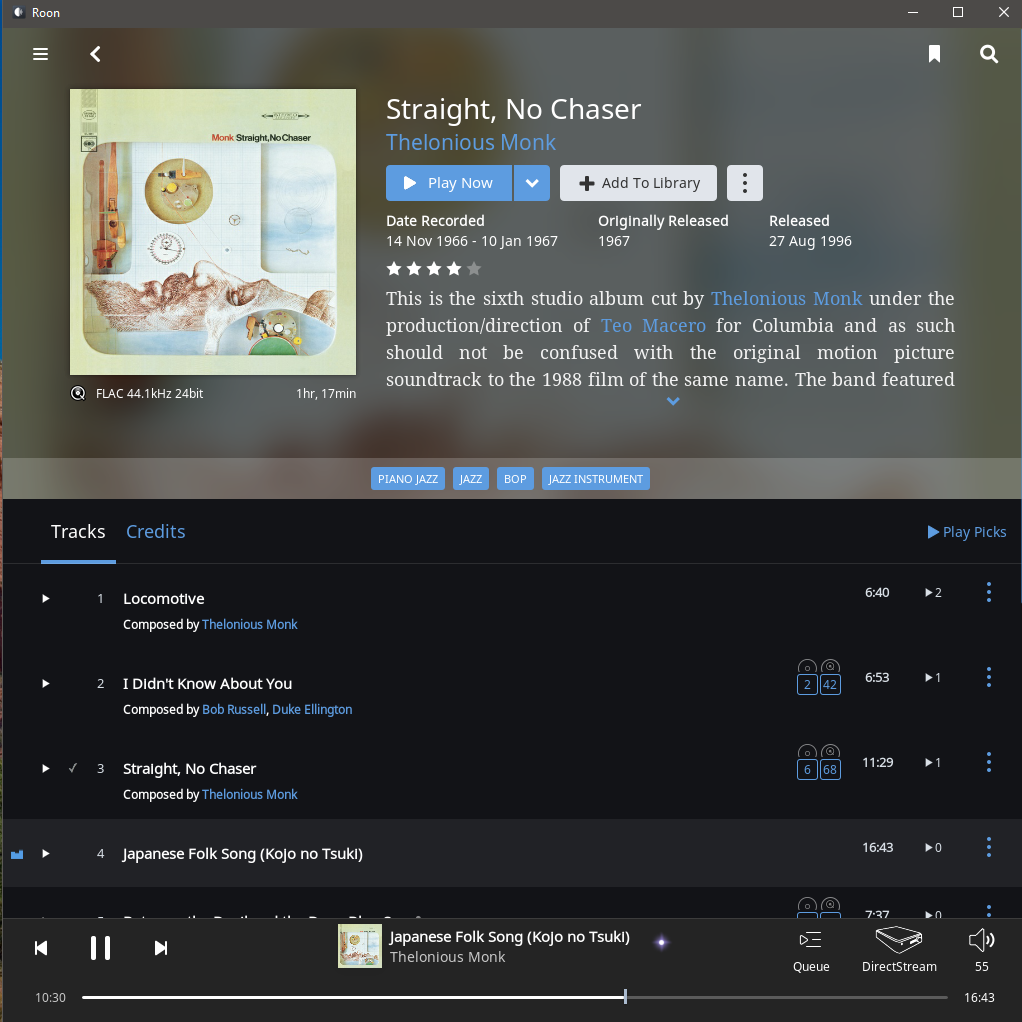 Roon’s basic setup is such that one Core runs on your network, and any other device acts in essence as a remote to control the Core, such as, which device to send music to, volume, DSP, and of course the mechanisms in place to seek, search, discover and play the music from multiple sources.

My first plan was to get a QNAP NAS to add to the Synology NAS I’m already using on the network, yet I found the QNAPs to be pricey.  The reason was due to the QNAP having more powerful processors and expandable memory.  Once I thought about it, that didn’t seem like a good idea.  A NAS really should only be storing files and performing a few minor functions.  What if my processing needs change in a few years?  Then I’m having to purchase an even more powerful NAS.

I initially balked at the idea, but I settled on buying one of the Intel NUC boxes (basically, it’s a full-fledged computer in a very small package, and is expandable in terms of memory and storage), and loaded up Windows 10. This way, I can run Roon Core, as well as the Mezzmo video server, which runs only on Windows, but is far superior to anything else I have tried in terms of organizing and cataloging a video collection.  I’ve used a 500GB M.2 SSD in the NUC, and am starting with 8GB of memory.  Everything is running well on the NUC in this configuration so far.

So far, Roon seems to be easy to use, and performs nearly flawless.  One thing I want to try is to have others in the household try to use it, without any assistance from myself–I want to see if usability is intuitive to others who aren’t tech-oriented.

There are some quirks, however, but I will cover them separately.  There is so much to cover that I will split things up into separate posts.

For the time being, Roon seems to be about the best way to get the audio to the DirectStream without compromising it in any way, and is easy enough to use that I’m not worrying about not being able to find my music.  JRiver still gets me access to my music faster, but over the years it is still an unstable piece of software, freezing up often or crashing at least once daily.  I’ve had no such pauses with Roon.